It has been a glorious week indeed. First of all I have made the decision with my training to focus on deadlifts for a period of time right now. It is fully possible to focus fully on both deadlifts and squat at the same time, but for me right now I want to focus on one of them and I feel that I have to bring up my deadlift and also put some more mass on my back. I have successfully completed a three sessions. First session was 3s on 190 kg, second session was 3s on 200 kg and finally today I did 3s on 210 kg, which felt really good. Almost liberating in a sense, there is something primordial and testosteronous with deadlifting. I also trained strongman yesterday, which was highly glorious, I filmed some as well there and will continue to train that at least once a week to appease the Allfather (strongman being a Nordic tradition and all). And also, next session in the deadlifts will be 215 kg for 3 reps and I’ll see how many sets I will do!

Here is the first session in a videolog with a voiceover:

Also I have spent a good deal of the week with gaming Attila Total War and as you can probably tell from the picture above it is kind of a big deal to me, it has to do with a lot of factors including the coming of the spring and cultural pride and a lot of testosteronous motivation (I will elaborate on my concept of a Culture Stack in a coming video).
I must really say that they did a good job on Attila. When Rome Total War 2 came out it was horrible to be honest. But Attila has been really awesome. It really captures that bleak and hopeless feeling. As I’ve said about a 100 times now I am highly interested in the timeperiod of ca 400 AD so I can really immerse myself in the game!

I elaborate more about the subject in the intros of the following videos (I understand that everyone don’t have the time to watch 40 minutes of gaming but if you just want that part, watch the first 5 minutes of both videos!) 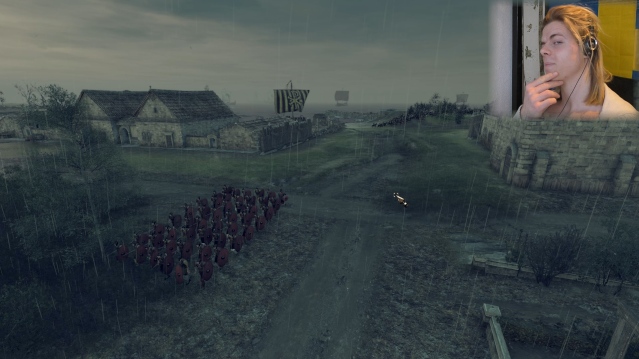 Furthermore I have found a new song which have given me plenty of the so called music orgasms (was quite a long time ago I got a proper one of those!) The song is My Ancestor’s Blood by Ensiferum. Last song in my music list:  Latsbrah PWO of Metal and Glory.

Coming videos for the week will include another Videolog (hanging out and training with my brother), Gains Kitchen, more Attila, an episode of Mount and Blade (this is a part of my progression in the mastery of my voice by the way, I am trying to talk in different accents and with an immersive feeling). Speaking of the way of the voice I will actually try to record a cover of Cruachan’s I am Warrior with my man the Abelian Bull in the coming week and we’ll see how that turns out. I am really exited for spring and life at the moment!

Lastly I also commenced my third Twitch stream, if you haven’t already followed it: http://www.twitch.tv/thelatsbrah
It it much more fun than I had expected and I am really glad that I decided to start with it. Next stream will be on either Tuesday or Wednesday and a long stream on Friday (or Saturday).

I hope you all have a productive and epic coming week!