I hope everyone who reads these profound words have had (and still have ) a great Christmas. I am really happy with my Christmas. I haven’t made any videos the last week and the reason for this is mainly due to wanting to spend Christmas in a bit more relaxed tempo, furthermore I do not want to let social media encroach on my life too much. Everything does not need to be documented (photographed or filmed), this is something that I wish more people would understand in this day and age: To live more in the moment and think less of how the perfect picture might look. With that said I didn’t take any pictures or such during Christmas itself, alas to describe it briefly it was really joyous, I spend most of the day playing with my 7 year old nephews (twins), they are like 7-year old versions of myself which is absolutely glorious. We did some boxing (I have both pads and gloves at my parents home) in addition to building some Lego that they got as presents. Good times!

Follow the links to appreciate the trolling aspect of the deed!

What we are doing is to out-angle each other, which means that the one who out-angles the others look a lot bigger, which in most cases (this included) consists of standing closer to the camera and also standing at the end of the picture (my left arms close to the camera and close to the side to add the illusion of great size). So this is something you can keep in mind when looking at comparison pictures. A picture is very easy to manipulate. I have talked about this many times before, but it is worth mentioning again: Never judge someone’s physique based upon a few pictures alone, videos are better in this regard and seeing someone in the flesh is even better.
Lastly, for reference, both the Abelian Bull (130 kg) and Beowulf (115 kg) are bigger than I (100 kg). 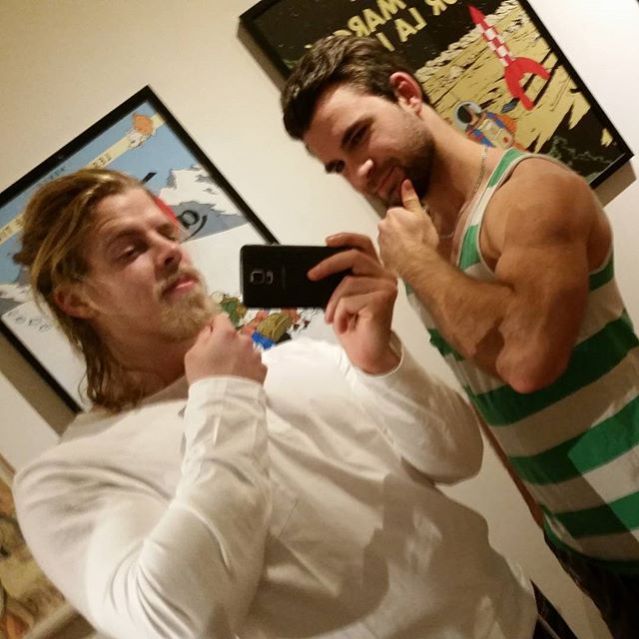 I also participated in a highly joyous lan yesterday and today, since we were four true friends (myself, Coffebrah, Abdominis and Nattypete) we decided upon trying the newish Warhammer: Vermintide. It is a co-op game for up to 4 players where you liberate a war-torn city from the marauding Skaven. I particularly liked the game since I have read so many books from the Warhammer Fantasy lore. The game also gave a really good Lord of the Rings feel to it, which of course is to its credit! I also like these sort of co-operative games when laning, it creates a more epic feel. If you are into Warhammer and have a few friends that also like Fantasy this game is a must, the setting is one of the coolest I’ve seen in a game which makes it very immersive. The graphics are also very good which adds to this. I sincerely hope to see more Warhammer games come out in the coming time!

Lastly in this Sunday Summary I just briefly wanted to mention this interesting article: ISIS leader threatens Israel, calls for revolt in Saudi Arabia.
Which basically, as the title suggests, shows what the future might bring. As we know now, Israel and Saudi Arabia have indeed not been the most hostile nations to the Islamic State (ISIS soldiers have been treated in Israeli hospitals for example). Now, however, it would seem that the IS has served their purpose and will probably die out in the coming year. They have only been alive for this long due to being backed by powerful forces, but now it is too risky for said powerful forces to continue to back them, and thus they will (this is my prediction at least), fall within a year.