The starting position is Legendary, which is the hardest starting position to date within a Total War game, the campaign will be gruelling at times but also very rewarding.
The Cultural Trait of Imperial Allegiance allows you to recruit units from migratory hordes (which you are not at war with) that enters your territory. This will be useful later on, the recruitment works the same as with mercenaries (as opposed to regular troops that you have to wait a turn or two to train). The Faction Trait of Cultural Integration includes a -50% for Immigration Public Order penalties, which is a great bonus to have considering Public Order will be an important issue as the game progresses. 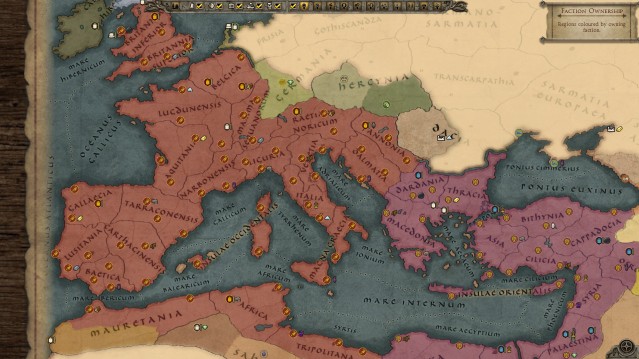 You are starting with a large amount of territories, far too many to keep secure in the chaotic beginnings of this epic campaign. You need to focus on a few provinces and put all focus on them and basically just neglect the rest. The provinces that will be important to keep happy and productive are the Italian and Iberian ones, and the isles in between. 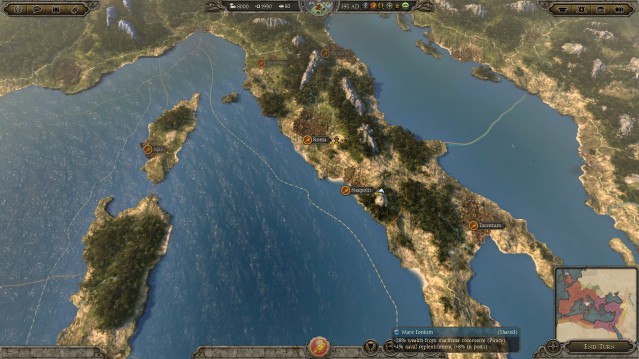 As you can see on the income it is very low, to address this: Disband all units and Generals and you will instantly see an increase in income, money which will be important during the coming turns to establish a sound infrastructure in the main regions of the Imperium. The Eternal City itself is a good point to centre your economic activity around. Utilise all of your income to develop these provinces; Italia, Magna Graecia, Insulae Occidentalis and Liguria.
Venetia will be important as a military seat later on (more on this further down).

Speaking of the regions you should leave to a cruel faith, the ones seen above are among these, along with the regions in Britain and Northern Gaul. You will just have to accept that these frontier regions will be sacked, razed and occasionally occupied. They can be retaken once you have secured the heartlands of the Imperium! 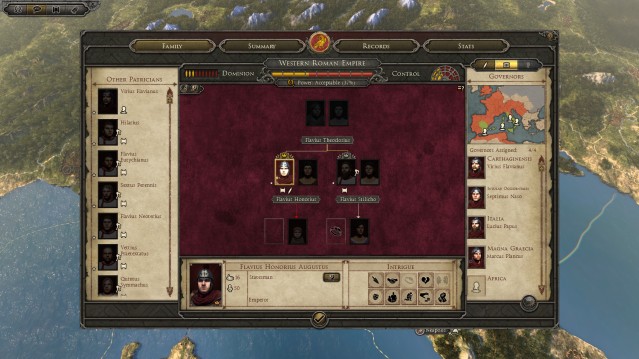 Politics play a prominent role in this campaign. Make sure that your family and the Emperor, Flavius Honorius, has a firm grip on the power. Putting him and family members in positions, such as Governors is a good idea, also make sure that they get the items that boost Influence (the items that you get as a part of the household). In my campaign I later switched the Emperor from his role as a Governor to being a General to increase the rate at which he was levelling. To keep it short, you want your family to be as powerful as possible (at least initially).
Regarding the Edicts that you can issue you can go with either a) increased public order and food production. Or b) lower corruption and decline of other religions (than Latin Christianity).
Public order will be one of the main challenges with this campaign. Food and sanitation are also things that must be dealt with. This campaign is as much based on threats from the outside as it is from the inside!

The buildings you should focus on is the ones regarding sanitation, public order, food production. These things need to be in place to ensure a healthy and happy (happy enough at least) population! Should sanitation be lacking disease will spread and that will have a detrimental effect towards the public order and growth. You will start with churches in several settlements, dismantle them during the first turn as they cost 200 upkeep each, which is money that is sorely needed elsewhere. However, there is a church in Italia which you may keep since it grants the ability to recruit Priests, which can aid in boosting public order and spread religion!

Regarding the food production it can be interesting to study the fertility in each region. At first the food supply is quite stable, but due to climate change food shortages might be a problem later on, especially if you haven’t prepared! The more fertile regions (the greener provinces on the map) should have wheat farms to ensure a good supply of food. To get additional food you might also build Fishing Wharfs. The Military Jetties will not be really useful as most of the enemies come via land.

Regarding the military matters of keeping the Imperium intact, Venetia will serve as the defence province! Aquileia must not fall. If it does, then Verona must not fall. Keep the region safe, when your economy has begun to stabilize (7 turns or so in) you should have a rather large garrison army posted there to ward off Barbarian incursions! When the Barbarians and Huns arrive in larger numbers you can have additional armies within supporting range of the garrison army in Aquileia. Aquileia will also serve as a good base to strike out again when you want to go on the offensive! The Roman units are brilliant at defending (thanks to the Testudo and excellent armour), so make sure to let the enemy fight the battles when you are defending a town. When they have crashed themselves upon your bulwark you can strike out and destroy the remains!

North Africa is very interesting, you should try to secure it as soon as possible, I managed to subjugate them with a rather small force, I went directly for their only settlement when their army was out raiding my other territories. If you can subjugate all three of these factions reasonably early you will have that front secured and also have loyal (hopefully) trading partners. They can also help you deal with rebels that arise due to low public order in the North African regions!

Even though the most important parts of the campaign lies within the economic aspect of the game it is well worth to have a sounds strategy for when it comes to the battles itself. As I mentioned Roman units are brilliant at defending which is just as well since most battles will be defensive ones. Utilise the units with the Testudo ability to hold vital choke points within the settlements whereas your more mobile troops, Exploratares and Sqout Equites, can (if possible) hide somewhere until they get a good opportunity to charge into the artillery or missile units of the enemy. Also, try to go for their General when you can, if you can take him down morale will drop and the enemy are more likely to rout! 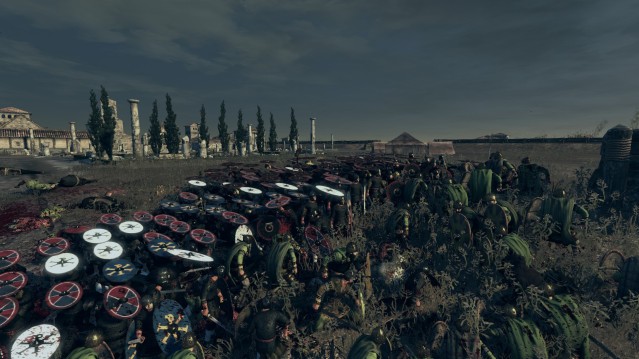 Furthermore regarding battlefield tactics. Utilise Heavy Shot with your archers against infantry when you can, and Flaming Shot against cavalry. Also, if possible, shooting an enemy unit in the rear can be devastating, so if you have the opportunity to get around with some units whilst your heavier infantry hold the enemy in place it can turn the tide of a battle. 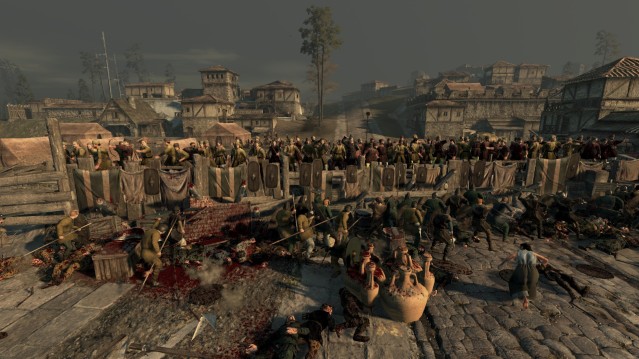 Barricades can also be used to a good advantage, especially if you have missile units. Just make sure that the enemy does not get around to attack your archers in the rear whilst they are defending the barricades! 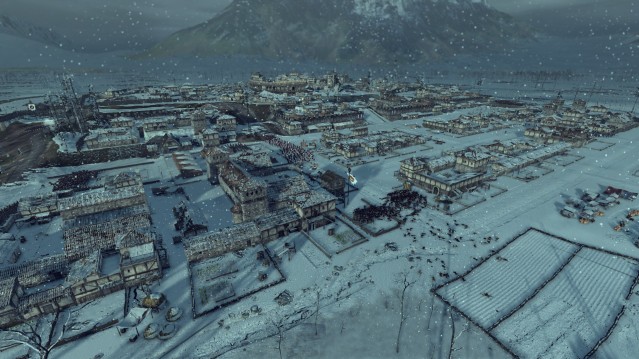 Towers are a great asset as a defender, is possible try to keep them from getting destroyed/captured by the enemy. If they remain intact throughout the battle they will help a great deal!

The Scourge of God will bring death and ruin to your lands. The best way to fight the Huns is within your settlements. Fighting them out in the open will more often than not lead to the demise of your troops. Having a solid garrison with lots of missile units will work better. Try to weather the storm and once they have depleted their armies against your (hopefully) successful defence, strike out in a greater force than they have (with supporting armies) and kill them off. You need to have numerical superiority here. The Huns are much better one on one.

As much of a threat the Huns might be, I find that the most dangerous threats come from within, in the form of rebellions. The Iberian provinces are very prone to establish their independence. Do not let this happen as these provinces are quite easy to defend from Barbarians (as it is rather secluded). You will experience raids from the ocean though. To deal with both raids and the reoccurring rebellions you should try to have at least one army in Iberia to deal with these threats. The rebellions are more dangerous in the beginning of the campaign. Once you have acquired cities with better fortifications and larger garrisons, it will be easier to defend from attacks! The most battles I fought was against Hispanic rebels.

Attaining victory is actually done once far earlier than the year of 425. You will have established your power and begun to push out a good few years before this. This might come to change in coming patches! 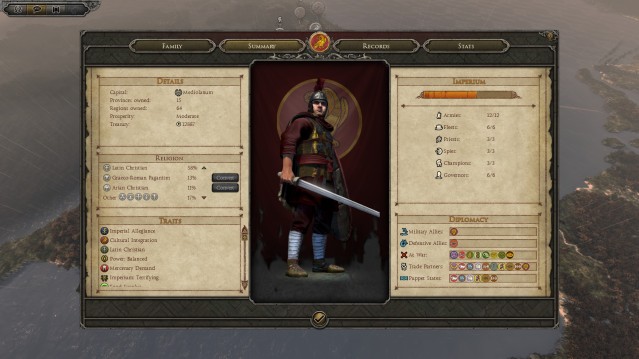 To conclude this guide, I would like to stress that this campaign is more about non-war factors and more about such things as politics, public order, food and sanitation. These factors are also intertwined. If you get all of these in order you will have significant financial muscle to support large armies. So get a good economy going that can afford to have armies in place. A single victory on the battlefield will not help in the long run unless you can keep recruiting more troops to replenish the ones that will inevitably fall!
Best of luck and Glory to Rome!

One Comment on “Western Roman Empire on Very Hard. Advice”

Astrid is getting a lesson in posing courtesy of Artemis 🥰🏹
An aesthetic flag in the wind on a beautiful day. A ship and a castle. The weapon of Vaxholm, Sweden 🇸🇪
My Instagram was supposed to be full of aesthetic winter shots by this stage. Alas! Skadi is still withholding her blessings. This video looks somewhat wintery though so it's something. Ultra-aesthetic new MMA-shorts now available at @legiogloria #legiogloria
Optimal glory is to have your own personal cherub to carry your helmet 😊 The tomb of Johan III of Sweden. Beautiful sculpture in Uppsala Domkyrka 🇸🇪
%d bloggers like this: