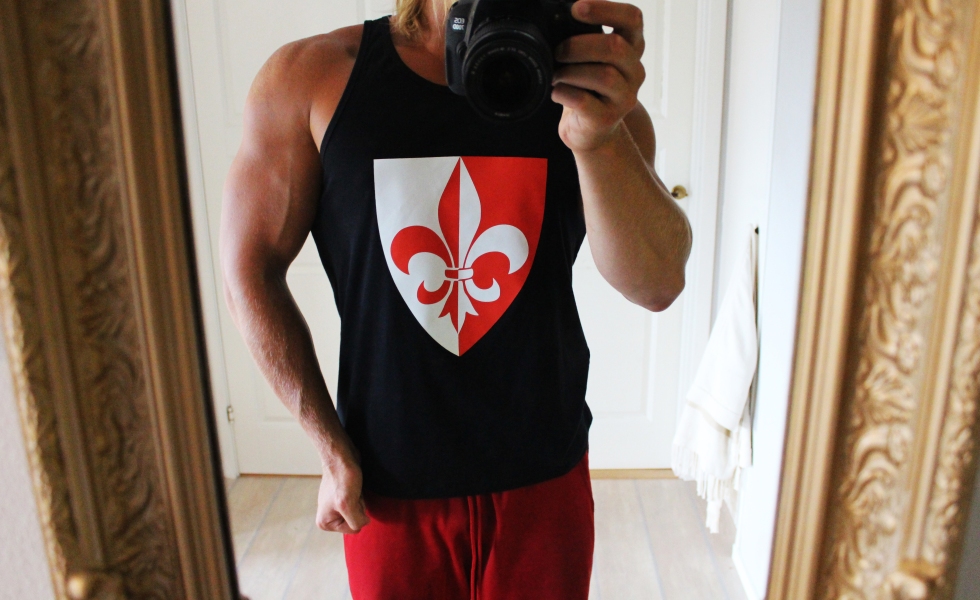 I am pleased to announce that two new garments now are available in the store. The first one is a new design, a classic Fleur-de-Lis in white and red on black. As I have mentioned before the Fleur-de-Lis is not exclusively a French weapon (although primarily associated with royal France) and have been used by various entities in Europe. This Fleur-de-Lis stands for European heritage and traditional ideals. 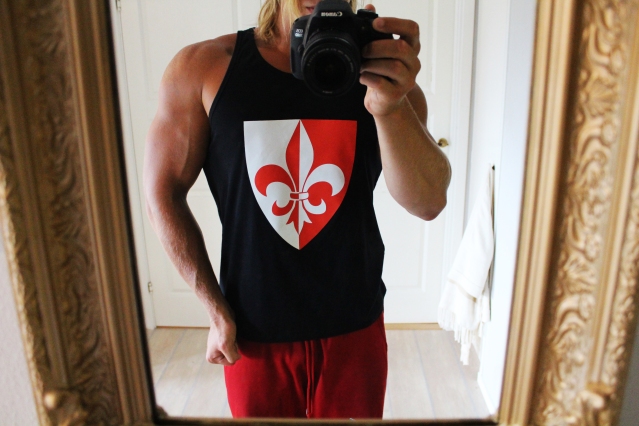 The other tanktop is the same design as the popular Golden Lion Tanktop, but in Burgundy. The design is a Nordic heraldic war lion, just as the Fleur-de-Lis is not exclusive to France, the rampant lion is not exclusive to any nation in particular, and is thus well suited to serve as a symbol of European pride (European in this context does not mean Europe as a geographic location but as a civilisation).

Moreover, in case you have not already seen it, the recommended reading list is now up and available here. It aims at laying a solid foundation to becoming well aware of some truths that has been lost in the Cultural Marxist West.
Furthermore I have received inquiries in regard to if more t-shirt designs are coming, and to answer that question: Yes!

Lastly I have released a training video I am quite pleased with. It includes many loyal sons of Sweden and will hopefully serve as inspiration for more Western guys to participate in the Crusade for Evropa!