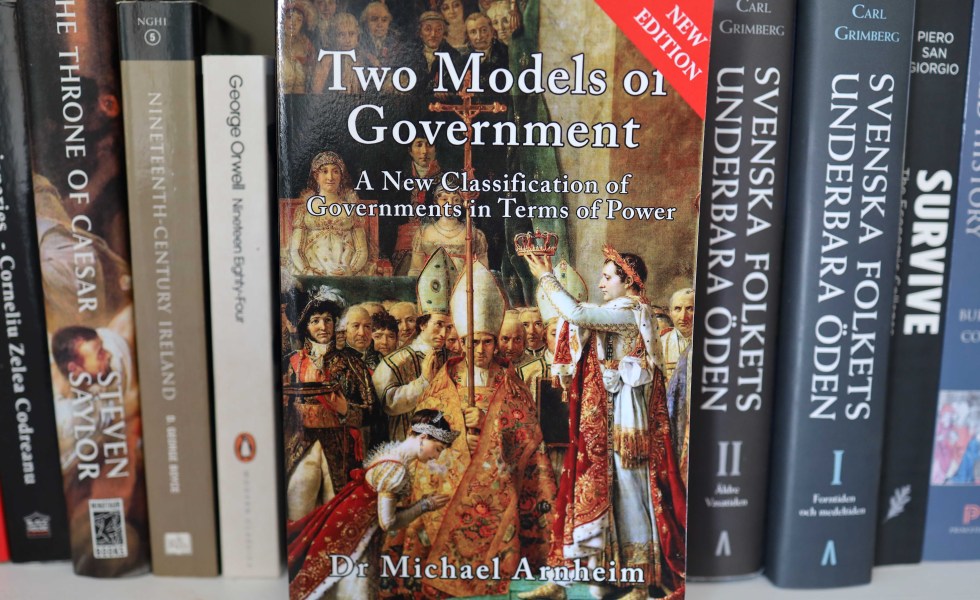 I few years back, I read Two Models of Government: A New Classification of Governments in Terms of Power by Dr Michael Arnheim. The central teaching presented in the book stuck with me as I found it profound and insightful. I mentioned the book in my Podcast episode on Vlad Dracula (available here: Podcast). Thus, I thought it reasonable to introduce the book here as well.

The central thesis of the book is that a government of a nation is either a monarchy or an oligarchy or a mix of the two. The author presents a few historical examples.

Dracula and the Boyars

As I noted in the Podcast episode, Dracula, upon assuming power (his second reign), knew that he had to bring the boyars to heel. He did so in a brutal fashion, thus (roughly speaking) changing the Wallachian power-structure from being dominated by an oligarchy to being dominated by a monarch – in this case Vlad as voivode.

Much more can be said about the book, this shorter review can be seen as a complement to the Podcast episode. In conclusion, I can definitely recommend Two Models of Government for any student of history.