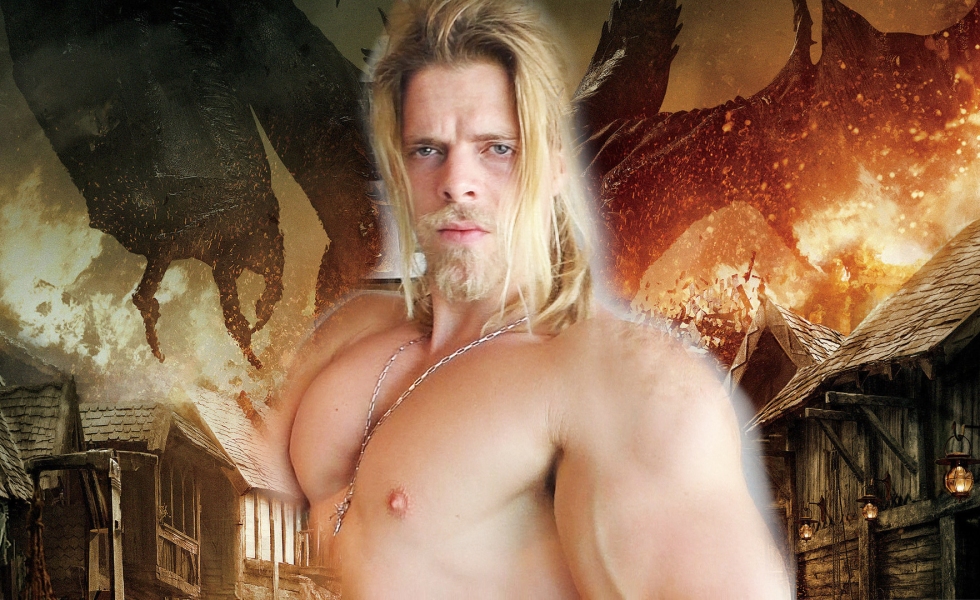 A quick commentary on this series (House of Cards on Netflix) is in order. I might very well make a video regarding this topic as well, in the larger sense, later on. The larger sense is the ongoing metapolitical war against Russia.
House of Cards, is an entertaining series except for the painfully and embarrassingly obvious attempts at depicting the Russians as evil. The picture above is of a meeting between Frank Underwood (the President of the USA) and his Russian counterpart. The Russian president is throughout the series portrayed as extremely unsympathetic. The main focus of the “evilness” of the Russians is in regards to homosexuality; to conclude thesub- plot in a single sentence: the Russians are mean towards homosexuals.
This leads me to the point of writing this little text. Is it not hilarious that USA and its media (Hollywood), places guilt upon Russia for what the degenerate West believes should be “rights”. Russia is not anti-gay. Not allowing gay-propaganda aimed at children is in no way shape or form anti-gay. That is just common decency, I think most people who have spent more than 5 minutes thinking about this can agree.
What is truly repulsing and should be the cause for uproar, however, is how homosexuals are treated in the decadent and twisted state of Saudi Arabia. Or how women, not allowed to drive cars, are treated. One does not need to analyse the Saudi Arabian society particularly extensively to realise what manner of freedom and rights its citizens have. Yet, this is not something that is seen as a problem. The reason for this is simple: Saudi Arabia and the United States (and of course Israel) are allies, and that explains it all.
Lastly, while we are on the subject: In the series Clare, the First Lady, refers to Iran as a terrorist state, which obviously is hypocritical beyond belief coming from the First Lady of the United States, but that is obvious and needs no further elaboration!

Now, onto the training part of things. I have had a few weeks of lower intensity in my training, due to symptoms of overtraining. Thus I haven’t been able to progress the way I wanted. I have progressed in the technique department of the MMA training though, in addition to some progress in terms of cardio. So I have lost some ground but also gained ground!
There is a fine line between pushing through tiredness and not going into the territory of overtraining, knowing myself I am more prone to train harder than I should rather than the opposite. This is the reason for the lack of any exceptional feats of strength as of late, this has also led to a lack of training videos in the last weeks. My reasoning previously in terms of epic training videos has always been to showcase new personal best in the videos, not 1 Repetition Max (1RM) per se, but progression in either of the main lifts. And since I haven’t really made any progress I haven’t felt inclined to make that many training videos.
With this said I am experienced enough to realise that a few weeks of lower intensity is not the whole world. I will be back stronger, no doubt about that at all!

I have now played through Assassin’s Creed 3. And before I elaborate further it is in order that I aim a thank you to all true friends who commented on the Facebook post I made some time back where I asked if it was worth playing through, although the majority did not recommend playing it, there were a good few who said that AC3 indeed was underrated and well worth playing through. Since I am a fan of the series (despite it being somewhat Culturally Marxist in some regards) I decided that to go with it and was not disappointed. It is clearly not as good as Brotherhood, Revelation or Black Flag, but not a bad game once you get through the rather long and tedious first part of the game. The main character, Connor, is not your typical hero, certainly not the charming Ezio, but interesting in his own right.
Do I recommend this game? If you have played the first Assassin’s Creed games I definitely recommend it. The primary reason I decided to play through it was because of the story, just as I want to read all of the books in a series I wanted to have played the whole story in Assassin’s Creed. On the other hand, if you are more of a power-gamer and just want to try a game, I suggest that you directly to Black Flag, which I have begun playing, which is a very good game (I have enjoyed it greatly thus far).

Lastly, a beard update. Although the picture above isn’t taken recently (it is taken in May), it is a good representation of the beard’s current status. Furthermore I have decided to not shave the sides, it will still be a Boromir-style beard but will perhaps looks a bit more even throughout the face. Who knows! Either way it is still a good few weeks before it looks decent!