Usually I wait a few days before talking about a fight, this is in order to avoid spoilers, in case people haven’t been able to see the fight live (I for one didn’t want to wait up until 5 in the morning as would have been the case last night). However, due to the fact that the fight was over in a mere 13 seconds and most of you have probably already seen it I think it is safe to talk about it. The match can be summarized in a sentence: Jose Aldo goes in and drops his guard, McGregor knocks him out with one punch. Even though I have great respect for Aldo I was rather surprised at how badly he defended himself in that single exchange, especially seeing it being so early in the fight. In my view, the beautiful things with the lighter weight-classes (featherweight is -66 kg in the UFC) are the speed, technique and endurance of the athletes. Not having a close to perfect technique as the world champion in the 66 kg weight-class is rather strange in my view. Alas such things happen and Aldo still has a great career behind him which speaks to his merit! Although it is still important to learn from this; always keep your guard up!
The interesting thing now is which path McGregor takes next. I wholeheartedly hope he jumps up a weight-class, to lightweight, which is only 4 kg’s more at 70 kg. I have always appreciated the lightweight division because of the sheer amount of competitors there in addition to the aforementioned speed and crisp technique. It would be awesome to see McGregor enter that arena and begin a glorious reign of terror in the name of Cu Chulainn.
Furthermore it is worth noting that the lightweight belt holds more prestige, not only because it is a heavier weight-class, but also because it has been in the UFC for longer than the featherweight (i.e. a more established belt)!

The Swedish tradition of Lucia takes place in December in remembrance of a Christian saint, alas as with all religious holy days in Sweden it is to a large degree intermingled with Paganism. A bit of Christian and a bit of Pagan, and fully Swedish. This combination, in addition to its tradition (a beautiful woman), is a nightmare given form to the Cultural Marxists, and it has been targeted by these forces during the last decade. The most notable example is putting a boy as Lucia instead of said traditional beautiful woman. This is another attack in the war on natural gender roles, and also another attack on Swedish culture (one among many).
Alas, we should not despair at such blasphemies by the Cultural Marxist establishment. Because love kills hate, and we love our Sweden more than they hate it. Christ and Thor will grace our lands once again and bring back our traditions. The only thing I lament is the generation who are now growing up without a sense of tradition in these things. To give an example, I am not even baptised, and thus not Christian per se, but I have really fond memories of our school ceremonies that took place in the local church (primarily around Yule/Christmas time). School ceremonies that takes place in churches are now beginning to become more rare due to not wanting to offend non-Europeans (primarily Muslims). This however, is unacceptable and something we will change in the coming decade! 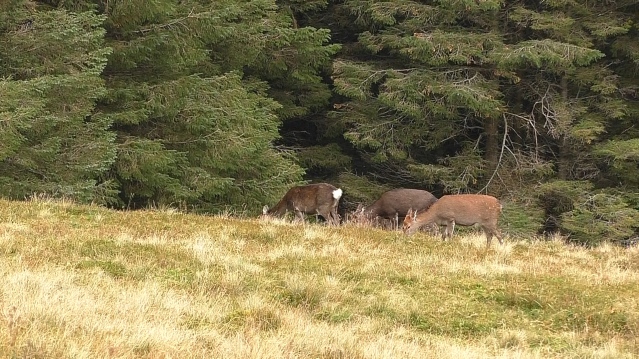 Lastly, instead of a weekly beard update I will leave you all with a picture of some deer that we saw upon a hike a few weeks back (I might add the video sequence into a coming video). Speaking of videos I have a good few really interesting topics to share on my channel in the coming week.