Why is the left worshipping Che Guevara, a White Supremacist? 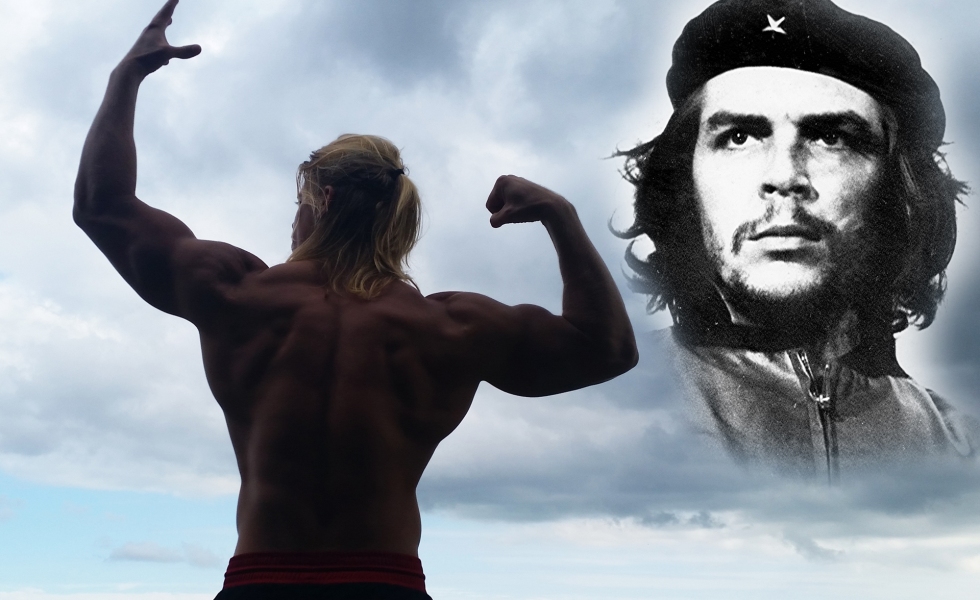 Above is one of the most iconic pictures in the world, and the man himself, Ernesto ‘Che’ Guevara is a legend. A legend that has served as a guiding light for the left over the last few decades. I am certainly not the only one who have wondered why the left hails this man as a hero (at least up until now), and I will thus try to shed some light upon why he has received such a hero status.
Let us first of all of look at some statements made by Che in regard to Mexicans and Subsaharan Africans.

“The Negro is indolent and lazy, and spends his money on frivolities, whereas the European is forward-looking, organized and intelligent.”,
“The Negro has maintained his racial purity by his well known habit of avoiding baths”,
“We’re going to do for Blacks exactly what blacks did for the revolution. By which I mean: nothing.”
“Given the prevailing lack of discipline, it would have been impossible to use Congolese machine-gunners to defend the base from air attack: they did not know how to handle their weapons and did not want to learn,”
“Mexicans are a band of illiterate Indians.”

Given the views above he hardly fits the role as a hero of the left. Before I elaborate on the answer to the question posed in the title it is prudent to briefly discuss another important aspect of the left as a political force. The Left Will Eat Itself, remember these words, because they will be increasingly important in the coming time. Cultural Marxism is an ideology based upon conflict and destruction, and the narrative is constantly changed to find new oppressed minorities and new struggles to focus on. The original left (when they had intellectual legitimacy) was focused on tangible questions such workers’ rights. Today’s left, in sharp contrast, do not stand for anything. They only stand against the White Western Patriarchy. Every group that can be used as a weapon to destroy Western civilization will be used to do so. One need not look further than the paradox of supposed “women’s rights” and the acceptance of a mass immigration of Muslim men into Europe to dispel any notions of intellectual legitimacy in the modern left.
Which group the left is fighting for is changing with each year, yet the continued theme is that it is the White Patriarchy who is the enemy. This means that the left can love and promote one oppressed minority one year and the next year casually cast them aside in favour of another group. The various “oppressed” minorities are, contrary to the hopes and beliefs of the left, not striving for the same goal; the end of the White Patriarchy, but will strive to promote their own agenda. The notion that Muslims and Gays will unite is as preposterous as it sounds and will soon come to rest.

With all that said, let us now answer the question; why is he the hero of the left? It is quite simple actually; because they have none other. Che Guevara was the last of a generation which had the possibility of being an alpha leftist, someone who actually stood for something and did so in a masculine and heroic manner. Che Guevara, in sharp contrast to today’s leftists was a man of action who fought for a sincere belief; a free Latin America with self-determination devoid of foreign influence. In fact I would argue that he has more in common with today’s nationalists or identitarians than he has with today’s left.
Today’s left does neither attract, nor promote the virtues that made Che a valiant (if slightly misguided) individual. The men of Che’s nature, the hero-adventurer is today not present within the left but is rather found in the rapidly growing Real Right that is making its return in the Western World.

The left have no other hero and must thus turn to a White Straight Man with a penchant for violence.

Lastly, it is in order to mention that I do not look up to Che as an individual; he was too flawed in character for reverence.