A Few Notes on Julius Evola – Metaphysics of Power 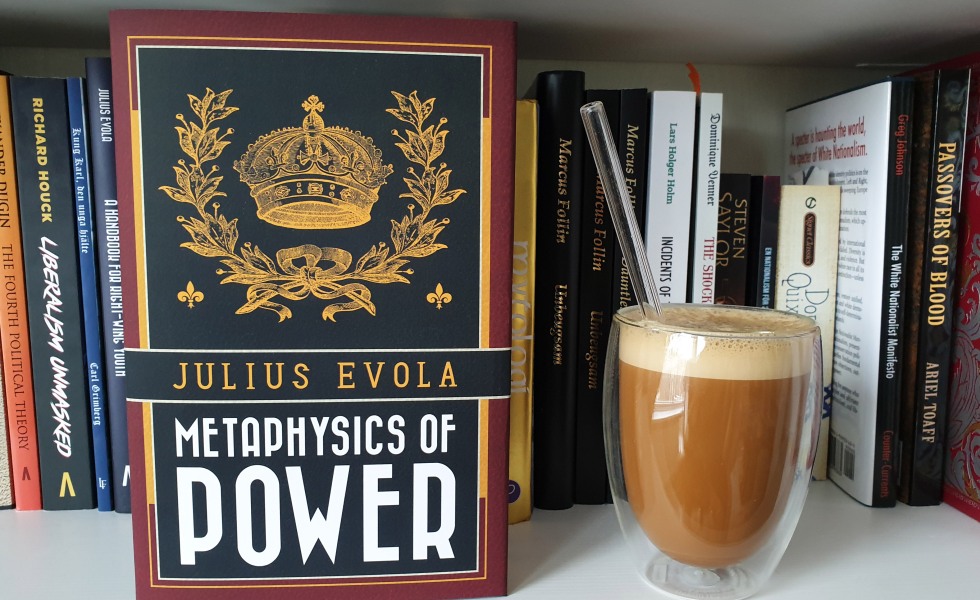 Metaphysics of Power is a collection of essays written by Julius Evola throughout his life. Recently published by Arktos, it contains plenty of interesting insights. I can definitely recommend it for those interested in the teachings of Evola. Below are just a few notes that I deemed reasonable to share in regard to the book.

A Few Notes on Evola

1. His work is in Italian and was written between 1920-1974. This makes it necessary to read certain segments twice (or thrice!) to properly understand it. Even more so since certain passages can be quite hard to understand at first (especially if you are not used to reading Evola).

3. Evola refers to himself as a superfascista, meaning he was beyond fascism, as he viewed fascism as not being Right-Wing enough, not hierarchical enough. So, when he talks about the problem of racial materialism, he does not do it out of tolerance, but rather the opposite.

4. Understanding Evola’s view of hierarchy is easier done when taking his background into consideration. He was an aristocrat – a baron to be more precise – from Sicily. Another interesting book on this subject is Two Models of Government by Dr Michael Arnheim. I read this book a few years back, and it deals with the relationship between the King, the Aristocracy and the People.

An interesting essay in Metaphysics of Power deals with the French king Philip the Fair. Philip has, by some, been hailed as a proto-fascist king. Evola, however, takes issue with Philip because he laid the foundations of the centralisation of power (to Paris), at the expense of the feudal lords of France.

My own personal ill-will towards Philip the Fair stems from his treatment of the Templar Order. He was indebted to them and, on the fateful Friday the 13th, October, 1307, he vanquished them. I have made two videos on the topic: VLOG. A Note on the Templars. What Should the French King Philip Have Done? and October 13th 1307 – The Fall of the Templars: Assassin’s Creed Unity Part 1. As I mentioned in the video, I understand that Philip saw the Templars as a potential threat to his own power. However, how he dealt with them was less than honourable.

Evola says of the Templars:

‘Here it must suffice to observe that in the Order of the Templars, more than any similar organisation of that time, the highest ideal of Ghibelline civilisation had been realised: that is, of a close solidarity between the warrior element and the ascetic element.’

And, in a later passage in the same essay:

“The attack was levelled rather against men who incarnated the highest tradition of the Medieval Period.“

5. Lastly, two Evolian concepts which I elaborate, and give my own take, on in Dauntless are Men Among the Ruins and Ride the Tiger.