First of all. Physique update, I have my first scheduled photoshoot in early July which leaves me with a good few weeks of cutting to attain a better form. As you can see right now the chest and beard are making up for the lack of shreds, I still need to disregard some fat to be at top physical perfection. As is my custom and as is in accord with my teachings I want to make changes as slowly as possible. This is why you never notice any big differences in my physique from month to month. But from now on, each week the differences will probably be more noticeable because most of the fat will be taken from the abs, up until this point it has mainly disappeared from shoulders, arms, legs etc. The male body usually keeps the fat longest at lower back, abs and glutes.

Regarding the Beard I am very reluctant to shaving, I really like it. It adds to my barbarianness and I fear that I will look like a little boy when I shave. I will make a video when I do shave it also.
If you haven’t watched the video where I elaborate on why I want to shave it is here: https://www.youtube.com/watch?v=A7mWli8mWCw
And also, to conclude this elaboration regarding my gains and beard I did 180 kg in the benchpress, which I am sure you all will have seen by now. When I bulk again I will try to get 180 kg with a good pause and then also get 190 kg. And if I am healthy and can keep a good momentum up I might aim for 200 kg, which would be beyond awesome to have! But that will be for the Autumn!

I have been aware of a new very glorious folk metal band, a Mongolian band called Tengger Cavalry, Spotify link here: (spotify:artist:1jH1BbeNbZBvIgDwxGIJhe). I found them today via a true friend on Instagram. I regularly check the hashtags #legiogloria and #latsbrothers to see if anyone has posted something epic and Traditianal_Howie recommended the band on his account so I checked them out and am very thankful for doing so. I will update my own Spotify list with more of their songs in the coming days. My list is found here: https://open.spotify.com/user/maru1/playlist/02HMRsCsAUiXbZbLox8sD2

I also started a campaign in Total War: Attila with the Franks during my Twitch the last Friday. As I woke up on the Saturday my Internet had temporarily gone out (which made me unable to perform my morning ritual on the Interwebz, reading comments/mails etc) so I made a good old cup of Lindvall’s Coffe and immersed myself in the campaign instead. Really enjoyable campaign, I haven’t achieved minor victory yet but have dominion of most of Gaul and also some of the Germanic provinces. The picture above is from the historical battle of Soissons (https://www.youtube.com/watch?v=2jclq-TfZns). And the picture below is from a battle I fought today defending against the Romanic Gauls (Western Roman Separatists), I really got a Lord of the Rings Rohan feel of that battle, highly glorious to say the least!
The picture below that shows fertility in the regions, luckily I have a stable supply of food as I own many fertile areas (supply of food is a huge factor in Attila). I will utilise this picture in particular later on to explain migrations (using the climate change of the 400’s as an example). 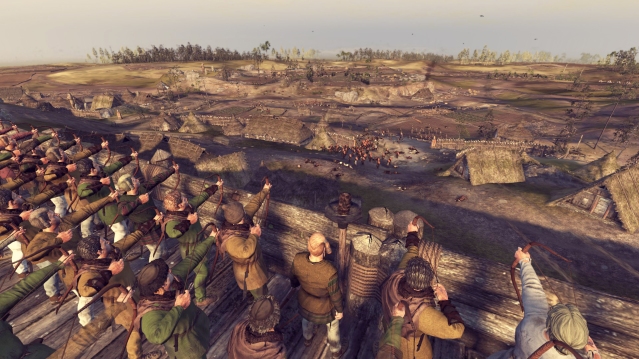 Speaking of Total War I will also make a video on which game I prefer of Rome 2 or Attila, as I get the question quite often!
As for other coming videos I might try a videolog where I am eating less calories to show how I get around that with as little hunger or fatigue as possible!

I wish you all a productive and glorious coming week!